ST. LOUIS, SENEGAL -- The sky was still dark as we all sat down to breakfast over chocolate croissants and orange juice. Though a smile lit his eyes, Bob looked stern as he told Ojinika how to pronounce Kafia’s name properly. “Caf-fee-ya” he said, explaining that in radio one has to know how to pronounce names. Ojinika quickly responded—“Okay, I’ll start with your name. How do you pronounce your name, Bob? Bub? Bab? Bup?” Bob directed his attention to his breakfast, leaving O.G. to her musings about all the different ways to say “Bob”.

And, as I laugh, I wonder-- How do I connect moments like these to all the stories and people I’ve encountered during this trip? 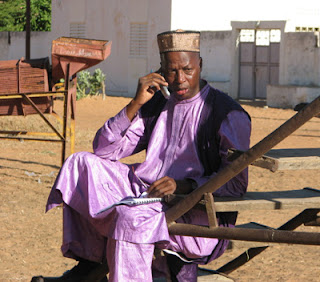 I struggle with this question all the time. The connections that bridge history and places, people and languages form so quickly that I often find it difficult to communicate my thoughts with my “fellow fellows”. How do I discuss Djbril’s story of children in Angola running out of school to catch the candy falling from planes flying overhead only to discover that those sweets were instead cluster bombs, all of them dying with hands reaching towards the sky? And how do I explain that each time I try picture those children, I can’t help but think about the ones we hugged and touched yesterday morning?

“Politics are about self-preservation.” Djibril’s passionate voice rings in my head. “You need people who give voice to the voiceless.”

And that is my job as a journalist and as a scholar. But how do you lend someone your voice when they’ve taken your breath away?

Can I explain how I sometimes glimpse at my nine-year-old brother’s face floating in a crowd here? How I can’t seem to communicate properly any single thought because they all cartwheel, jump, spin so rapidly through my mind?

Digging my feet in a desert about a mile from the ocean, I think “I am covered in Africa.” Looking at a baby wrapped tightly in her mother’s arm, blissfully ignoring the flies that creep along her cheek, I think “I hope my child is that beautiful.” I don’t know whether to mourn the way the droughts have converted nomadic tribes into sedentary villagers. And how should I tell the older woman who works in the sun everyday and complains to us about her appearance that, to me, she looks ageless? 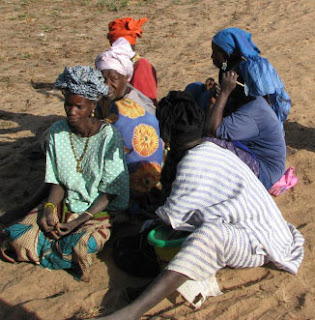 Amidst all of this is the constant contrast, rural mixed with technology, village chiefs sporting cell phones, deserts within a kilometer of an ocean, young girls being married off before they become teenagers. It comes together to make Senegal a place that dispels some myths and confirms others. A woman walks regally with a bucket balanced on her head and a young girl pulls a heavy container out of a well. 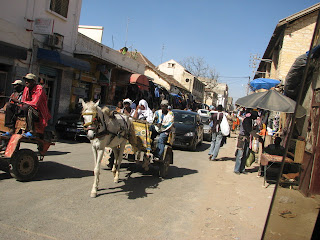 Men maneuver horses pulling carts around shiny new cars in smoky, congested traffic. Piles of big green fruits on every corner confirm that Black people do indeed enjoy watermelon. There are just as many people selling wares through our bus windows as begging us for coins and food on the streets. And the only naked people I’ve seen in Africa so far are the Europeans at our hotel.

It’s simply a lot to take in. The “voiceless” do indeed have voices and our task is to make sure they’re heard. Each night, we work furiously in front of computers, crowded around outlets jammed with U.S. plugs donning Senegalese converters, doing what we’ve come to do. And each day, we honor those experiences by beginning our morning with laughter --usually with O.G. calling out "Bub" -- easing the aches, the worry and the pain of the people’s whose paths we will cross soon and the many thoughts that will flood our minds along the way.


Bob Butler
WHAT A WEEK!

DAKAR, SENEGAL -- It's been absolutely amazing and -- you may remember Madame President's blog on 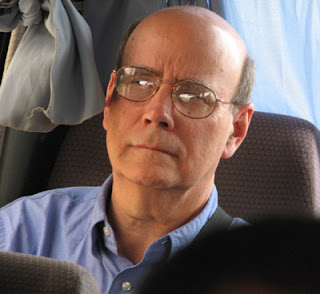 Wednesday -- exhausting. We're all extremely tired. All except Djibril's U-N colleague Richard Leonard. (r) When everyone else in the back of the bus is asleep, Dick keeps motoring on like the Energizer Bunny.

We are back at the Le Meridien President hotel in Dakar. I'm not going to hate on the Hotel Sindone in St. Louis (below) but this one has hotter, more forceful showers... and elevators. 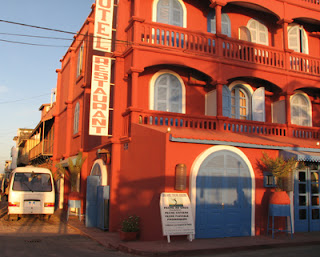 We left to visit St. Louis on Tuesday morning. We had to leave our big pieces of luggage in Dakar because there wasn't enough room on the bus. Everyone brought a carry-on but I was stuck with the honking suitcase that makes you think you're running away from home, but can't decide what to leave behind so takes everything.

You see we brought a bunch of toys to give away to the kids in the villages. It was my idea and I volunteered to bring the big bag to carry all the gifts. Two mistakes: I never took a picture; and I had to carry it up to the third floor when we got to St. Louis.

We've been in the desert and the sand, much finer than you'll find in many places on earth, may be starting to take a toll: Regina' cameras are acting up and my audio software on my Toshiba laptop has crashed. Cindy had to "Drop it Like It's Hot" and Khadijah missed the bus to today's news conference on using music to spread the message of HIV and AIDS prevention.

But enough of our sob stories. Not one of us would change a thing. I think I can speak for us all when I say, "It was well worth it!"

I am filing stories for the CBS Radio Network and KCBS. I'm doing a print piece -- that may turn into a series only the editors don't know it yet -- for the Oakland Tribune. And most of these will turn into multi-media pieces.

I was filled with anger and emotion after visiting Goree Island, I was proud to shake the hand of President Wade and I was saddened at the horrifying effects climate change has brought to this country but uplifted on how they are coping and, in some cases, thriving. 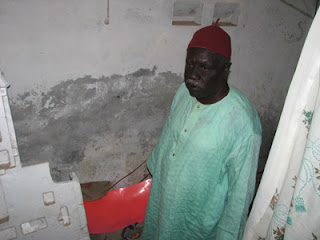 76-year old Mbaye Dieng (r) lives in the Thiawlene (chow-LIN) neighborhood along the beach in Rufisque, 20 miles east of Dakar. His complex is home to 100 members of his extended family. They suffered Katrina-style flooding on July 4th. That's how high the water rose in his utility room. The home was once located a quarter of a mile west of where it is now. But rising sea levels has put that area 400 meters into the Atlantic Ocean.

Less than an hour away we met 85-year old El Hal Birame Ka in Darou Fall. His entire family was forced to flee its farm years ago by the encroaching sand dunes of the Sahara Desert. A government program to build a "Green Wall" of trees -- or, as we call it, a greenbelt -- that began in the mid 70's has allowed them to return to farming in an area that looks like scrub land. Ironically, Birame Ka remembers the same land being covered with lakes filled with fish and crocodiles. 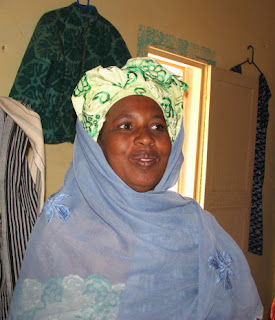 Then there is the nomadic tribe of cattle farmers forced by the drought to settle down in Nguigalakh Peulh. The Fulani tribal members now manufacture garments (l) and jewelry and sell them in their own store. Part of the proceeds go into a social security fund that is available to pay for health care and other basic needs.

I could go on and on. But the bus is leaving in a few minutes. We have two courtesy calls this morning. We're going to meet the Prime Minister and the First Lady. Yeah, Djibril's been busy again. This is a guy who got a call the other day from Kofi Annan and has the cell numbers of at least 20 African heads of State. After all, that's how he rolls!!
at 12/07/2007 01:03:00 AM